THE IMPACT OF “DOPESICK”​ PROPAGANDA ON AUSTRALIAN OPIOID POLICY 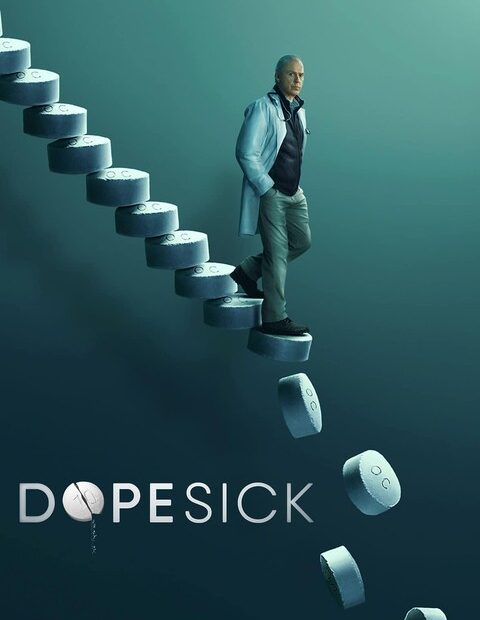 The 2021 TV Drama Series Dopesick is meant to be a truthful expose on the unscrupulous Purdue Pharma Co. in America, who made huge profits when their drug OxyContin was developed and patented in 1996. Despite Purdue’s “aggressive” campaign to promote the use of opioids in general and OxyContin in particular, it is NOT in question that the drug is an important tool for the management of acute & chronic pain.

Due to the mishandled “opioid crisis” in America & the introduction of restrictive CDC Opioid Prescribing Guidelines in 2016, Medical Authorities across the board, including those Institutions who educate Dr’s, have “exaggerated the risks and diminished the benefits” of opioids. Critically, they have completely ignored chronic pain patient rights, & worse still, have propagated the easily disproven myth that opioids are chemically addictive in & of themselves. The uninformed media is awash with propaganda that IF just one ‘addictive’ pill is taken, pain patients are on a downward spiral to overdose & unavoidable death…which is far from the truth!!

The reality is that Dopesick is loosely based on events that occurred in the late 1990’s/early 2000’s in America, however it gives the impression the same circumstances are still in play today…which is demonstrably NOT true. Demographics have changed greatly since then.

The fact Purdue was corrupt & twisted the truth to make excessive sales nearly a quarter of a century ago, is not in dispute. The “opioid crisis” in America is NO LONGER driven by legally prescribed oxycontin, if it ever was. In fact, recent statistics confirm U.S. overdose dose deaths were ‘overwhelmingly’ due to synthetic fentanyl in 2021, i.e. illegally crossing the Mexican border. Legal opioid prescriptions such as Oxycontin [i.e. oxycodone hydrochloride] & others have actually ‘fallen 40% to 60%’ in the last 10 years.

Currently, the major factor in rising overdose statistics in America is NOT as a result of legally obtained prescription opioids used for medical purposes [it never was], it is due to illicit & synthetic opioid drugs used recreationally…non-medical use!

Let’s be crystal clear: Dopesick is the brainchild of anti-opioid activists in America, who have their own Agenda. Specifically, Addiction Specialists & other Big Pharma Lobby Groups who want to discredit certain pain management drugs now out of patent [oxycontin], & introduce their own more lucrative MAT [Medication Assisted Treatment] drugs such as Buprenorphine, methadone, and naltrexone.

The only factual part of this drama series [it is NOT a documentary] is the naming of Purdue as the Big Pharma company who made vast profits at the time. The rest is hype to over-sensationalise the “gullible & helpless” pain patient or Victim, who was coerced into taking addictive opioid medication…again, not entirely true.

In other words, when the American Centers for Disease Control and Prevention [CDC] introduced the Opioid Prescribing Guidelines in 2016, due to a false perception that Dr’s over-prescribing legal opioid pain killers were causing 100% of overdose deaths at the time, the unintended consequences were to punish & stigmatise chronic pain patients, who were [& still are] using their much-needed & mobility restoring opioids as prescribed.

This neglected demographic, who often have no other treatment options left, suffer from debilitating, long-term & degenerative diseases, with constant, daily, high-impact pain. Traditionally prescribed opioids, when given as pharmaceutical therapy [as just one part of an overall multi-disciplinary pain management program] to people who have no prior history of substance abuse, are safe & the addiction rate is less than 1%.

The tragedy in recent years, due to misguided “anti-opioid” activists in the medical industry, [who are also embedded in policy making procedures], has been to abandon & significantly harm chronic pain patients, who have done absolutely nothing wrong. In America, due to persecution & force-tapering of opioids since 2016, chronic pain patients are now Nationally the 2nd highest demographic to die from suicide, after mental illness.

WHY? After years or decades of stable opioid use [without any history of dose escalation or abuse], when force-tapered they can no longer live with constant, non-stop & unremitting pain. The vast majority of people in persistent pain DO NOT use their pain killers recreationally, & when “well-meaning” Dr’s take away pharmaceutical opioids [due to misinterpretation of the legislation], it only encourages illicit opioid use, as a last desperate resort to manage pain. We DO NOT want these harsh involuntarily deprescribing policies coming to our Australian shores. Yet, they are already being tacitly implemented here!

IF we turn a blind eye & allow this to happen, we will not fix any opioid “crisis”, we will merely create an epidemic of untreated pain, as has sadly happened in America.

NOTE: An excellent Study below, which concisely explains how “America’s war on opioid prescribing continues unabated, predicated on the false assumption that opioid prescribing over the years caused a surge in addiction rates, which in turn fuelled a rise in the non‐medical use of opioids and an increase overdose deaths.”

This Study, published in Frontiers in Pain Research [4-8-22], & based on data from 1999 to 2010, found: “The guideline, guideline update, CDC’s public, medical profession, and intergovernmental communications should be corrected/updated to state no direct correlation has existed between POS [prescription opioid sales] to OTA [opioid treatment admissions], POD [prescription opioid deaths], AOD [any opioid deaths], and TOD [total overdose deaths] since 2010. Individualized patient care and public health policy should be amended accordingly.”